Chiatura is an industrial city located inland on the banks of the Qvirila River in the Georgia’s province of Imereti.
After intense explorations it was discovered that there are several layers of commercially exploitable manganese oxide. Huge deposits of the manganese ore from the Chiatura mines has been exported to many countries worldwide.

In 1954 an extensive cable car system was installed to transport workers around the valley and up to the mines. Still utilising the same infrastructure installed originally in the 1950s, today some 17 separate aerial lift cable car systems still exist around the town. Some of the most interesting lines are just outside the city.

In Chiatura one can visit the Tsereteli State Theater and the Mgvimevi Cathedral (10th-11th centuries). Chiatura is the seat of the Archbishop of Chiatura. 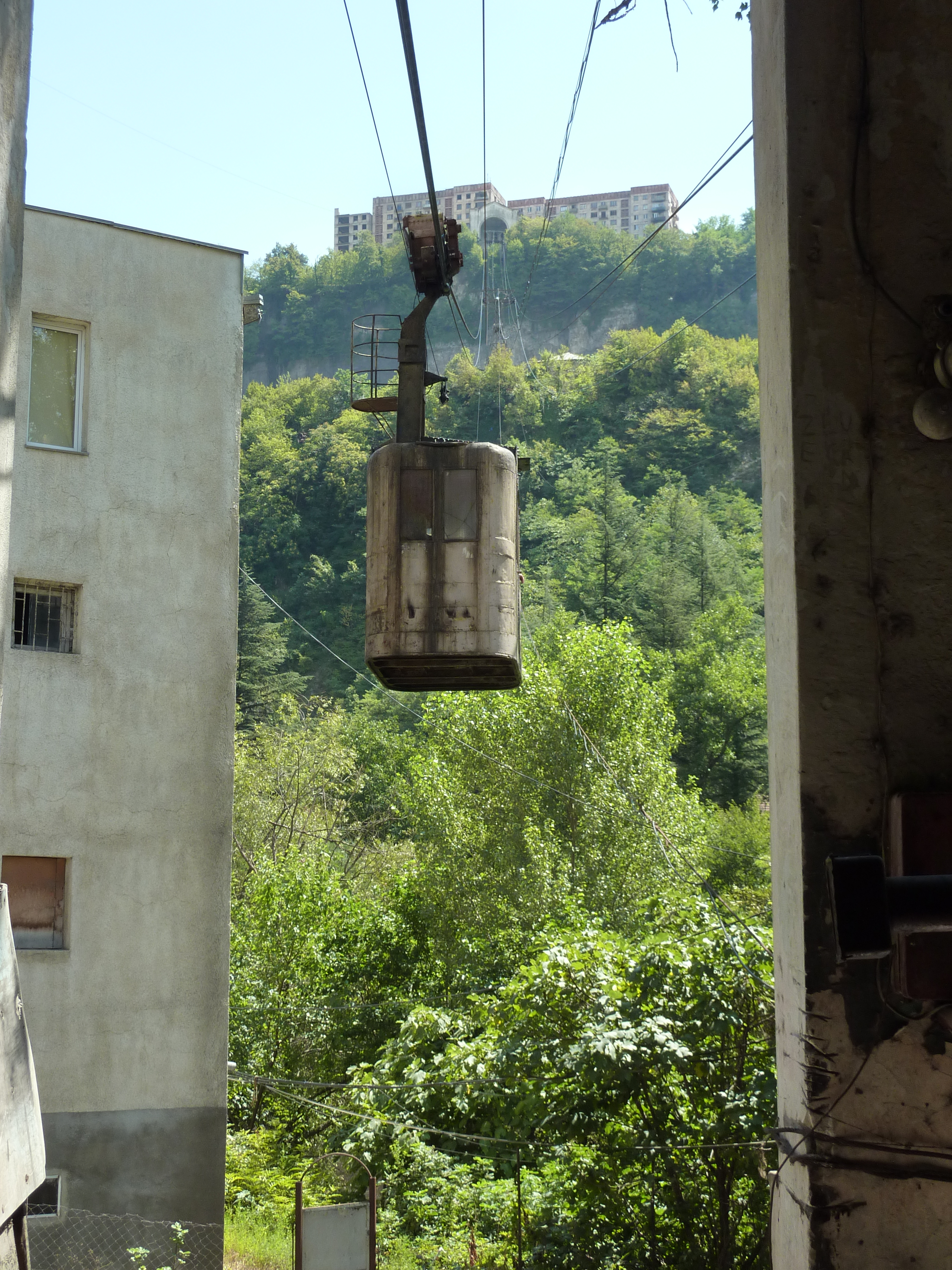